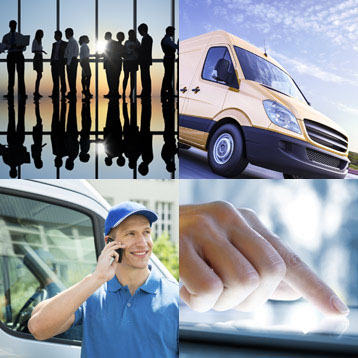 Digital Video Recording (DVR) increases the accountability of drivers and vehicle users because they are aware their actions are being recorded. In a variety of fleets we have installed our product and the vehicle owner has seen instant improvements. Stock and freight shrinkage is reduced as the truck is under constant surveillance. Unsafe driving is reduced and the company reputation is improved as all driving incidents can be reviewed.

One of our waste management customers had problems with drivers making unauthorised rubbish pick-ups for cash payments. Some of these unauthorised pick-ups included hazardous materials such as asbestos which could render the company liable to fines in excess of $250,000. Investigation and proof of such incidents were problematic and expensive if private investigators or human observation was utilised. Even if such an investigation is successful the evidence still only amounts to written statements and personal observations. The installation of 360 degree recording instantly stopped this behaviour.

One of our customers is a large multinational company where their trucks are clearly marked with company branding. On occasions persons with pre-existing damage to their vehicles would photograph one of their trucks in traffic and then claim the damage was occasioned by this truck. This company had little ability to dispute the claims. Since the truck recorders were installed there have been no damage claims of this nature. As soon as claimants are informed the trucks have 360 degree recording the claimant does not proceed any further.

One of our waste management customers unfortunately was involved in a fatal crash with a push bike. The cameras recorded the entire incident. Police crash investigators reviewed the footage on site and were able to immediately confirm the cyclist was at fault. This avoided costly legal and coronial proceedings.

Our DVR’s record location, speed, G-forces and also images. On some of our fleet applications the customer has been able to reduce running costs significantly. Improved driver behaviour results in less vehicle maintenance, reduced fuel costs and generally less wear and tear on company vehicles.

Once a DVR is fitted to a vehicle the vehicle location and activity is constantly recorded. This ensures that company vehicles are not being used for unauthorised private purposes and for some of our customers has yielded significant savings in running costs.

Our DVR systems record a 360 degree image around a vehicle. Many of our customers are in the road repairs and services sector. When road repairs or incident responses occur, a full record of all barriers, access control, warning signs and safety measures are recorded by a vehicle drive thru. Should an incident happen or a claim be received, footage of the work site is accessible to verify the reliability of the claim. The existence of this practice also ensures that all safety requirements are adhered to when the work site is established.

Work site conflict can also be reduced. When traffic control points are implemented a parked vehicle can record staff and motorist interactions. On the majority of occasions, irrational motorists are quickly silenced when they are informed the incident is being recorded.